skip to main | skip to sidebar

They said it would never happen... 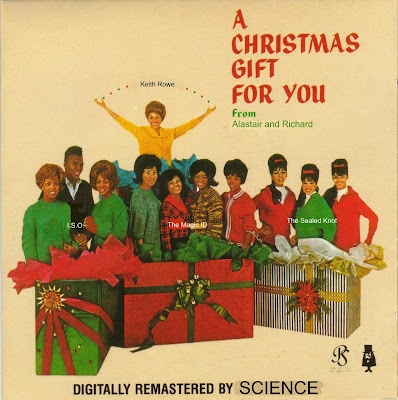 Have a rich interest in eai and related musics but are time poor? Just can't be bothered to trawl through 14,760 minutes of good music, bad puns and references to marmite?

Well, now you don't have to, because audition 91 has been created just for you. audition 91 is a scientific distillation of all 90 auditions - yes, even the legendary "missing" shows - to provide you with the very essence of audition in one handy 90-minute radio programme.

And this programme will be broadcast on 2MBS-FM 102.5 in Sydney, and worldwide at 2mbs.com as part of Admirable Restraint 14a, this Friday morning at 1am Sydney time (2pm Thursday in London, 9am Thursday New York). Turn on, tune in, play "name that no input mixing board".
Posted by Alastair at 6:24 am No comments:

It's taken nearly two years, but I'm back on the airwaves...

Admirable Restraint is the name of my new radio programme on 2MBS 102.5FM, Sydney's fine music station. The show airs every other Thursday morning, 1-3am Sydney time, and can be streamed here. Those of you in other countries can listen live at much more social time (a list of likely time zones and times is at the website). I will also be making shows available to download in some way.

You'll notice some similarities and some differences from audition. Eai will continue to be the main focus, but I reserve the right to go off on any tangents that interest me. Richard's not there to stop me this time :)

I'm planning on setting up a Facebook page for the show so that people can interact with me and other listeners in real time. During my two under-the-radar shows I did this with a couple of kind "guinea pigs" and I think it'd be a fun thing to continue doing.

The next show is this coming Thursday morning, Sydney time, so Wednesday for most of you. I hope that the fortnightly two hours of Admirable Restraint will become an oasis of interest in a desert of unwanted noise.
Posted by Alastair at 11:46 am 2 comments:

It's just struck me that, other than buried in a thread on a message board somewhere, there are no links available to what I think were four of our finest shows - the last four, 87-90. So just in case you'd like to listen (again), here they are:

Stay tuned for something new soon!
Posted by Alastair at 1:40 pm No comments:

It is with regret, but also with a sense of pride in our achievement, that we must announce that the August 31st show, our ninetieth, will be the last. Alastair is moving to Australia in September and whilst the show could have continued in another form, both of us feel that it would not be the same without the Wilson/Pinnell pairing, once so accurately described as the Stadler and Waldorf of experimental music.

So audition will end with Show 90, but we aim to make our remaining programmes unmissable with a series of in-studio live performances beginning this weekend and hopefully continuing throughout the remaining four programmes.

So far we are able to announce the first three live performances:

Three of the most interesting young improvisers playing in the UK today. The duo work of Papapostolou and Jones, championed by audition for quite some time, has recently resulted in their fine debut album Leaving Room on Adjacent Records. The addition of Yoshikawa to the mix will bring a further dimension to proceedings.

Respected worldwide as a fine electroacoustic composer, Wall has made some of the most vital works in this area over the last fifteen years. He has recently begun playing live in concerts as an improviser, a move that surprised as many people as it delighted. We are very pleased to be able to welcome John to the studio.

The man they're all talking about following his excellent new release Seymour Wright of Derby, now "sold out".

- Alastair and Richard
Posted by Alastair at 12:44 pm No comments:

artist: Conspiracy
title: Forties
k7: The Beaufort Scale
label: Self-released
info: all I could find...scroll down

artist: Tetuzi Akiyama
titles: Remember / It Shall Not Be Your Tremble
cd: The Ancient Balance To Control Death
label: Western Vinyl
info: label

artist: Kevin Drumm
title: We All Get It In The End
cd: Imperial Distortion
label: Hospital Productions
info: label

artist: Anthony Pateras / Sean Baxter / David Brown
title: You Can Do It, Pimp Lucius
cd: Interference
label: EMD
info: Meanwhile at the church Rufus is gettin' his prayers on

Posted by Alastair at 9:28 pm No comments:

Tonight on audition the Baltimore-based Italian composer and sound artist Alessandro Bosetti will play a live set in the sweltering heat of the Resonance studios, showcasing his Mask Mirror project for voice and sampler/controller. Enjoy with a cool beverage of your choice at 7pm BST at Resonance FM.

Posted by Alastair at 3:47 pm No comments:

Alastair and Richard compare their three-inchers

artist: The Magic ID
title: From The Same Road
cd: Till My Breath Gives Out
label: Erstpop
info: label

The hilariously-named British Summer Time (it's been blowing a gale and chucking it down today) takes effect as of 1am Sunday morning. So for those of you in countries who don't change their timing systems this weekend, audition will be one hour earlier than usual today.

It'll be one hour earlier for us too, but you know what I mean. 7pm BST, 6pm GMT.

One hour less sleep! Bummer in the Summer indeed.

Easter Sunday means no live programming on Resonance, so no audition tonight. If you're in London make sure that you come along to Set Sail With Lanky tomorrow evening - we'll see you there.